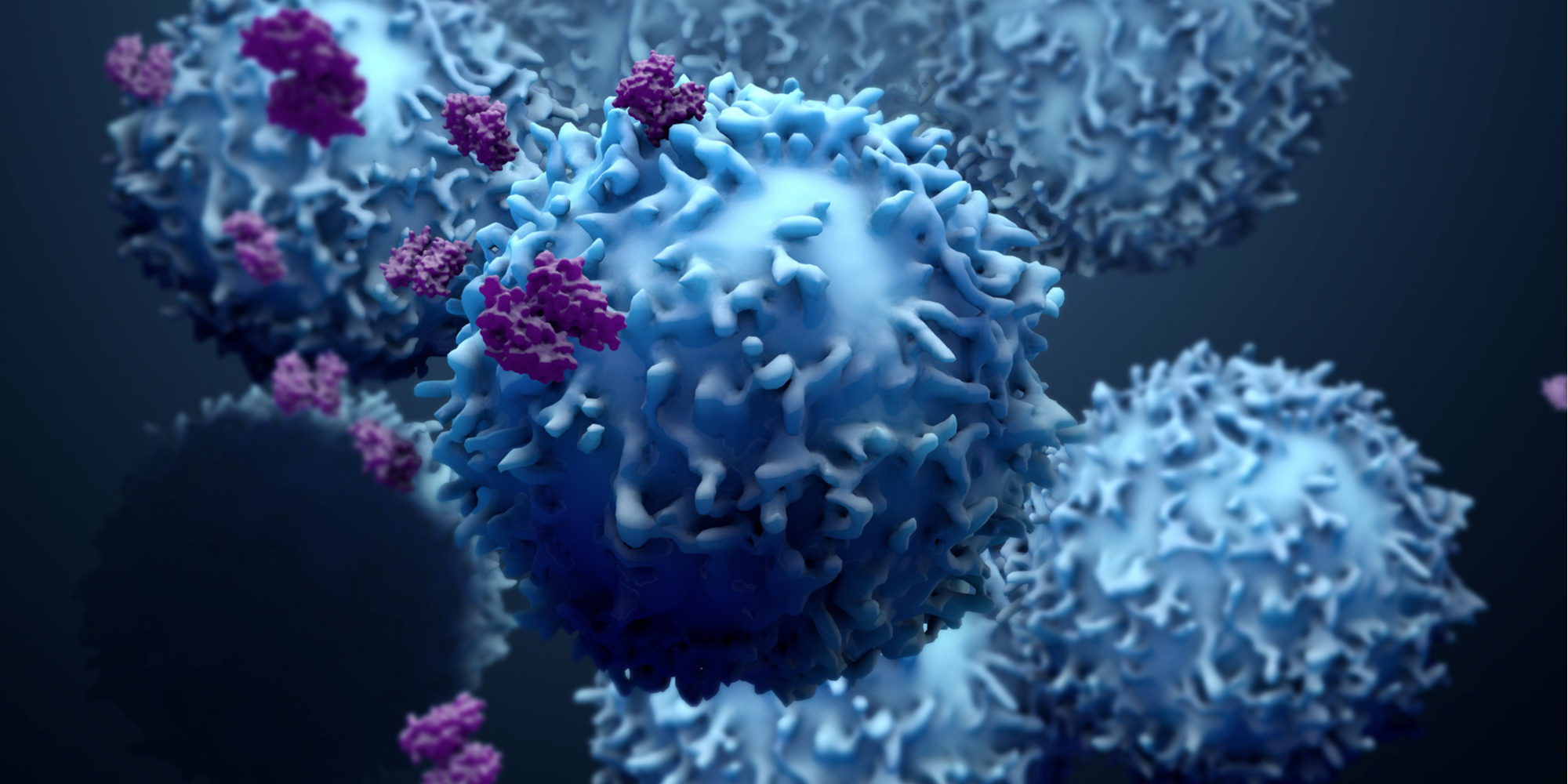 Central Review According to iRECIST in Cancer Immunotherapy Clinical Trials

This is an excerpt from our free eBook “Imaging and Read Criteria in Cancer Immunotherapy Clinical Trials". To access the full eBook, click here.

iRECIST is the most used immune-based read criteria. However, as iRECIST still requires validation, it is often used for exploratory analysis in addition to RECIST 1.1 assessments.

iRECIST follows recommendations similar to those of RECIST 1.1 on a lesion level in terms of methods of measurement (unidimensional), categorization (Target Lesions, Non-Target Lesions, New Lesions) and size criteria (up to 5 Target Lesions >10mm, maximum 2 per organ). The methodology followed to determine overall response is also comparable between iRECIST and RECIST 1.1.

Additionally, when new lesions appear with iRECIST, instead of calling for PD as per RECIST 1.1, they are categorized as New Lesions Target (NLT) or New Lesions Non-Target (NLNT) and are monitored at subsequent time points (quantitatively for NLT and qualitatively for NLNT).

To distinguish between response according to RECIST 1.1 and iRECIST, a specific lexicon has been developed with the overall response of progression sub-divided into unconfirmed and confirmed progression:

iRECIST guidelines start once progression is determined per RECIST 1.1. Instead of PD, overall response is categorized as iUPD.

Progression is confirmed (iCPD) at the following time point if: 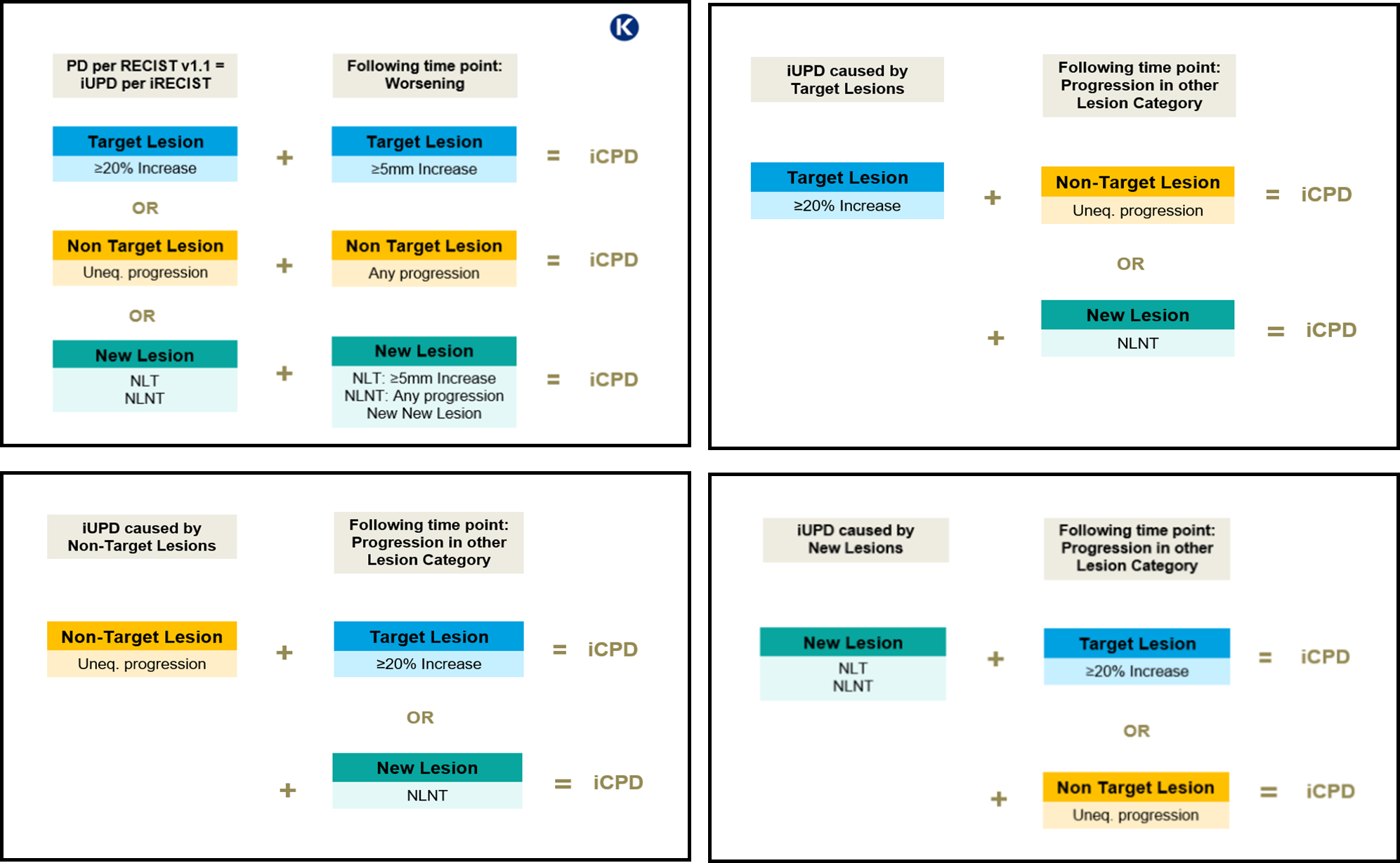 The Bar Is Reset If:

Compared to baseline tumor, shrinkage is observed that meets the criteria of iCR, iPR or iSD. 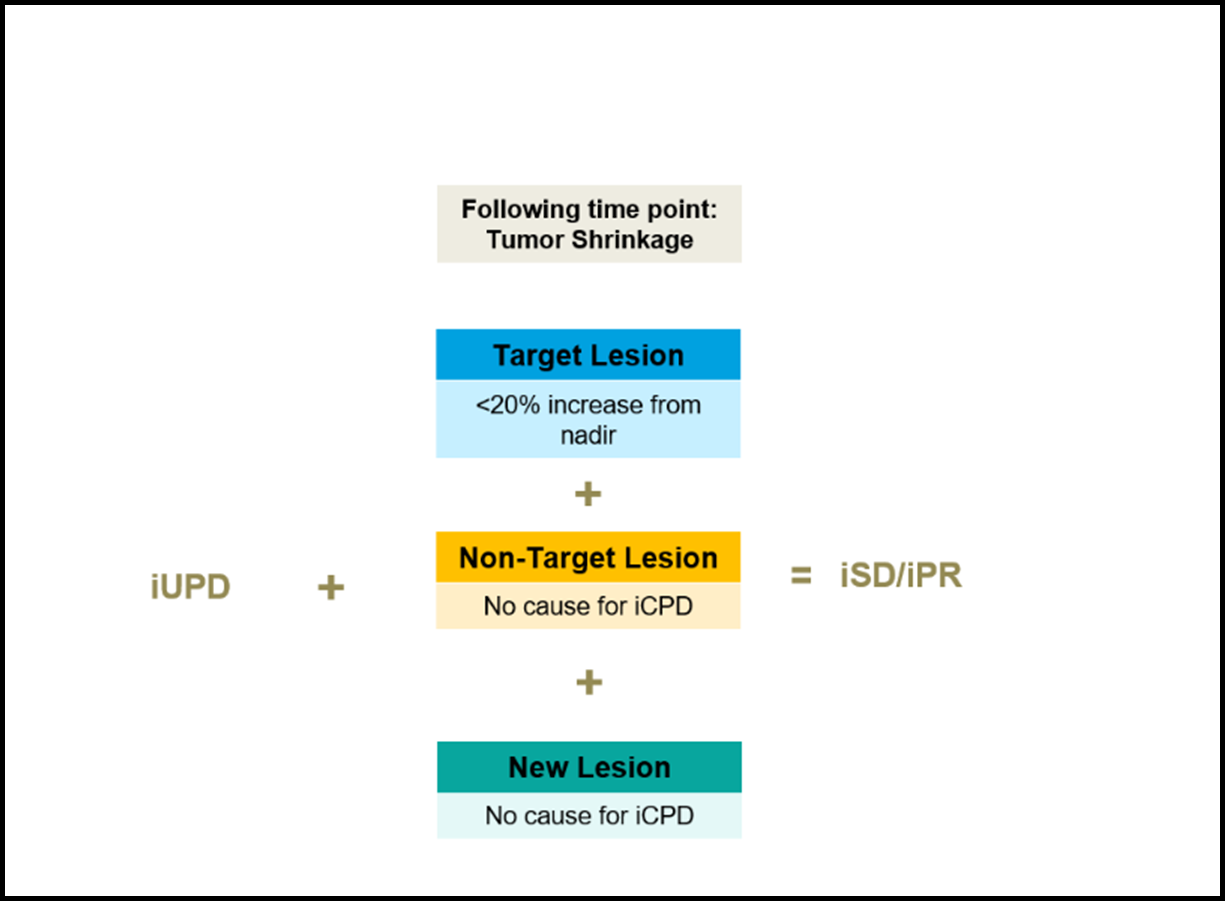 iUPD must occur again (compared to nadir values) and then be confirmed at the next assessment for iCPD to be assigned. iUPD can be assigned multiple times as long as iUPD is not confirmed or conditions are not met to call for iSD, iPR or iCR.

The table below summarizes the rules for deriving overall response. 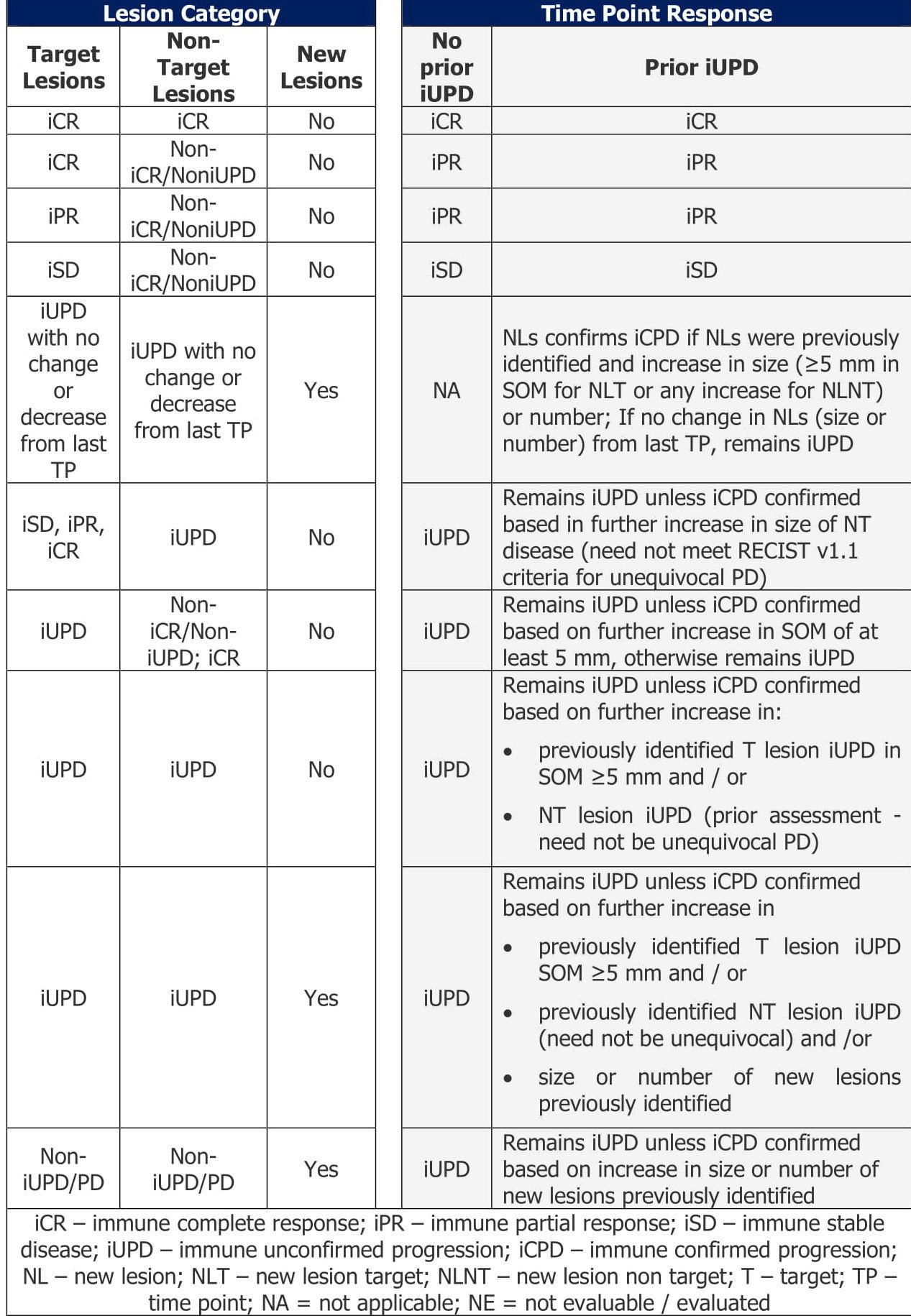