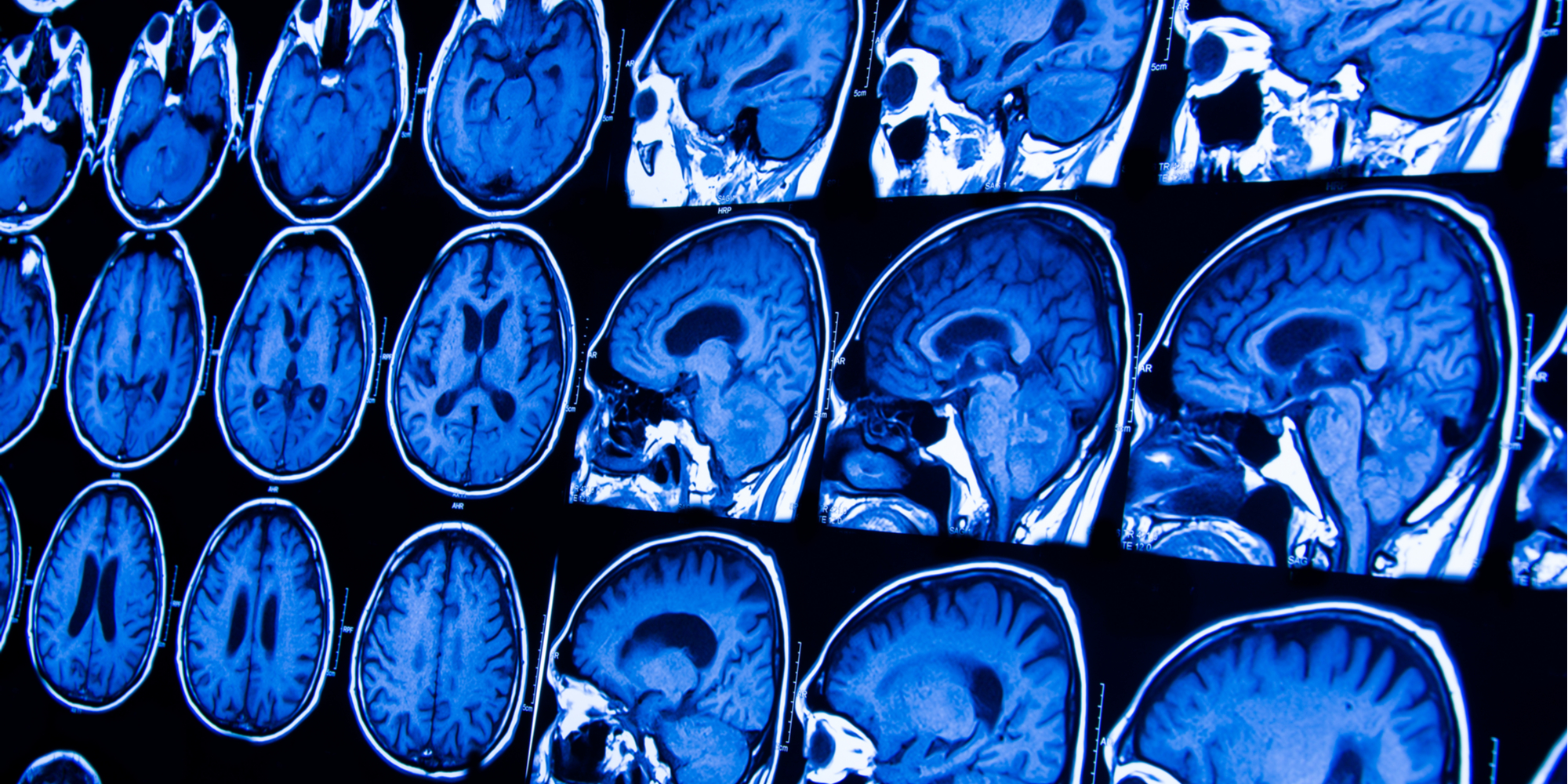 Case Study - Setting up a Project in a Short Turnaround Time

Sometimes sponsors and CROs are not sure in the early stages of a trial that includes imaging whether or not they’ll need a central read. Sometimes that decision is made once the trial is already well underway, with central reads suddenly needed to generate regulatory-compliant data.

This was the case with a recent phase I/II study in solid tumours including hepatocarcinoma cancer (HCC). Phase I was already underway and phase II was due to start in 6 weeks. Images acquired during phase I needed to be centrally read within a month.

The Keosys team needed to carry out all of the following tasks within a month:

Below is our case study on Setting up a Project in Short Turnaround Time. You can download it here. 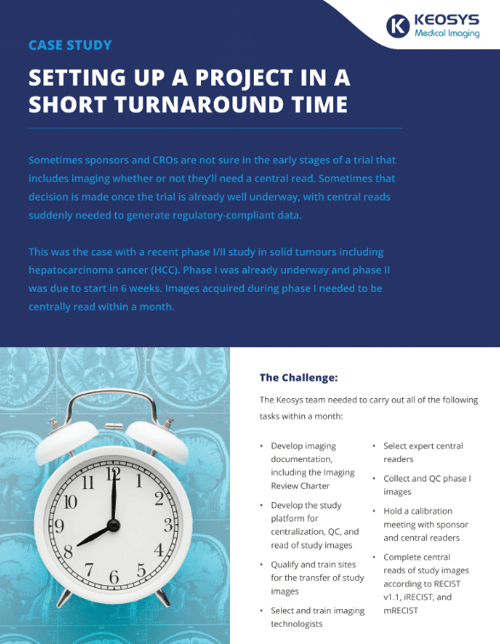 
Keosys worked with the sponsor and CRO to deliver reading results for phase I of the study in record time. In the first week after signing the contract, imaging documentation was written and delivered. The following week, a study-specific platform with workspaces dedicated to reads according to RECIST 1.1, iRECIST, and mRECIST was developed. In parallel, imaging technologists and central readers were selected and trained. This means that within 2 weeks, the project was setup at Keosys. Central reads were then smoothly carried out within the required turnaround time.